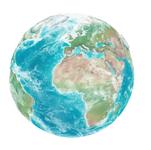 Lyal S. Sunga, is Visiting Professor at the Raoul Wallenberg Institute for Human Rights and Humanitarian Law (RWI) in Lund, Sweden, Visiting Professor in International Relations and Global Politics at the American University of Rome, Italy, Visiting Professor at Strathmore Law School in Nairobi, Kenya, Visiting Professor at the Addis Ababa University Centre for Human Rights, Ethiopia, Lecturer at John Cabot University, Rome, Italy, former Head, Rule of Law program at The Hague Institute for Global Justice, and former Special Advisor on Human Rights and Humanitarian Law at the International Development Law Organization in Rome, Italy.  He holds a Bachelor of Arts (Carleton), Bachelor of Laws (Osgoode Hall Law School), Master of Laws in International Human Rights Law (Essex) and PhD in International Law (The Graduate Institute of International Studies) and specializes in international human rights law, international humanitarian law and international criminal law. He has given presentations, university courses, lectures, training and conducted human rights technical assistance in some 55 countries. From 1994-2001, Lyal was Human Rights Officer at the UN Office of the High Commissioner for Human Rights in Geneva in which capacity he investigated facts and responsibilities relating to the 1994 genocide in Rwanda for the UN Security Council's Commission of Experts on Rwanda, and then backstopped the UN Human Rights Field Operation in Rwanda for several years before taking up the role of Coordinator for the Asia-Pacific Team in the Special Procedures Branch.  In 1998, he served as OHCHR’s representative to the Rome Conference on the Establishment of a Permanent International Criminal Court. He has dealt with mandates on human rights defenders, counter-terrorism and human rights, human rights and the administration of criminal justice, and the situation in Iran among other countries.  In 2000, he was Secretary of the Asian regional preparatory conference to the World Conference on Racism, held in Teheran. From 2001-2005, Lyal served as Associate Professor and Director of the Master of Laws program in Human Rights at the University of Hong Kong Faculty of Law, before becoming Senior Lecturer and Director of Research at the Raoul Wallenberg Institute of Human Rights and Humanitarian Law, in Lund, Sweden (2005-2009). During his work in Sweden he took three months leave in 2007 to serve as Coordinator for the UN Human Rights Council's Group of Experts on Darfur. More recently, he has been working closely with OHCHR’s National Institutions and Regional Mechanisms Section as expert consultant.  Over the last 25 years, he has worked or consulted with the UN Security Council, UNOHCHR, UNDP, UNDEF, UNESCO, UNU, UNHCR, UNITAR, UNODC, the ILO, EU, IDLO, Swiss Development Cooperation, as well as with National Human Rights Commissions in the Russian Federation, Ethiopia, Uganda, Nigeria, Bangladesh and Nepal. Lyal has authored two books on international criminal law and publishes widely on such issues as the use of force in international relations, humanitarian intervention, truth and national reconciliation, human security, techniques of human rights monitoring, investigation and reporting, and on international criminal law. Since 2009, Lyal has been Visiting Professor or Affiliated Professor with the Raoul Wallenberg Institute.

Lyal has been based in or has carried out professional missions to the following countries and territories, organized by UN regional grouping: